Artificial intelligence is writing a new chapter in human history.

The future of robotics raises important questions for humanity. Will robots be able to act as agents in their own right and make moral and ethical decisions? Impressive advances in artificial intelligence mean robots may become capable of replacing human beings in every task imaginable. What are the ethical implications of such a development? How do we prepare for such a future?

Questions on the ethics and morality of robotics will be debated by panelists specializing in ethics, law, computer science, data security and privacy, in the Oxford Union Debating Chamber, on 16 July 2018.

The panel will be chaired by Judy Wajcman (Anthony Giddens Professor of Sociology at the London School of Economics and Political Science) and will feature the following speakers:

Luciano Floridi (Professor of Philosophy and Ethics of Information, University of Oxford)

Ben Kuipers (Professor of Computer Science and Engineering—specializing in robotics, University of Michigan) 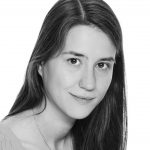 Jeannette Wing (Avanessians Director of the Data Sciences Institute at Columbia University, former VP of Microsoft Research with expertise in security and privacy)

Founded in 1823, the Oxford Union is a debating society with a long history of iconic debates and world-renowned speakers. The Debating Chamber, where the “Ethics and Morality of Robotics” debate will take place, has seen important international figures such as former US Secretary of State John Kerry, physicist Prof. Stephen Hawking, evolutionary biologist Prof. Richard Dawkins.

The Oxford Union debate on “Ethics and Morality of Robotics” is an event in the LogicLounge series. LogicLounge is a recurring public outreach event where topics on logic, computer science and society are discussed by prominent speakers. First held at the Vienna Summer of Logic in 2014 (the largest event in the history of logic and where the Federated Logic Conference of the same year was collocated), LogicLounge has since become a regular event at the Conference on Computer Aided Verification (part of FLoC 2018) in honour of the late Prof. Helmut Veith.